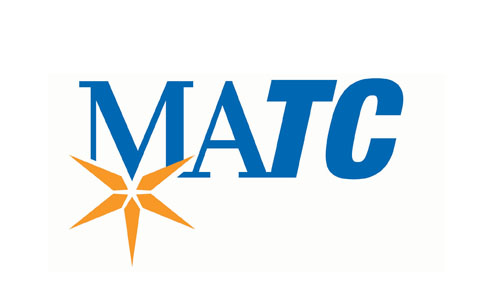 The first time we presented [RS3412RPxs] to the students in the VMware class they all pulled up their chairs and it was an amazing sight. This was no longer theory; it was sitting in front of them.

Since 1912, the Milwaukee Area Technical College (MATC) has been offering technical training to help their students find not just work, but careers. From the beginning it has offered classes taught by industry professionals and using the same equipment used in the field.

MATC curriculum requires a course on VMware vSphere® 5 installation, configuration, and management as part of its IT Networking Program. The program covers numerous aspects of virtualization, including several days dedicated to storage and storage concepts.

"Now during this course we cover many concepts of virtualization including dedicating two classes to storage and storage concepts as the storage piece is so critical to VMware and how it works," said Brian Kirsch, an instructor at MATC. "What we found were students had very little knowledge and concepts of storage and this presented a great challenge because the only Storage Area Network (SAN) we had was a virtual appliance and we were forced to whiteboard many of the storage concepts since we did not have the hardware to physically show them."

As part of the VMware Users Group (VMUG) board of directors, Brian had heard about Synology and decided to investigate it as a possible solution to their demonstration needs. After talking with a representative of Synology at VMworld, he opted for the RS3412RPxs.

"Upon getting this unit we mounted it on a wheeled cart along with two VMware hosts and a Virtual Center," said Kirsch. "The first time we presented it to the students in the VMware class they all pulled up their chairs and it was an amazing sight. This was no longer theory; it was sitting in front of them.

"We had the class gathered in a semi-circle around our new movable Synology / VMware lab and I proceeded to pull a running hard drive from the Synology RAID group without the loss of data and handed it to a student. The student made the comment, ‘It's still warm,' referring to the drive and yet they could still see the data active on the screen. I will never forget that comment, that physical example did more to help our students understand RAID / SAN concepts than anything we could have put on a white board or PowerPoint." The RackStation allows the students to learn how to connect storage to their hypervisor and their virtual machines using both NFS and iSCSI. Equipped with 4 gigabit NICs, the RS3412RPxs allows for MPIO for network redundancy.

"We had so many questions about the unit and the technology, the "introduction" took up the rest of the class time but it made for such a great learning experience for the students. Now once the students have completed the VMware labs for the class they get to work in groups on the physical NAS cart now. We do have to make them finish the required VMware labs first or they would spend the entire time working on the NAS cart because the hands-on work is so exciting to them. Now they might be doing anything from setting up RAID groups, installing VMware hosts to the NAS, troubleshooting intentional bad cables or evaluating disk and VM performance. All things they can expect to see in industry. These are skills that employers are looking for and because of Synology our students are not simulating storage on a white board, they are doing it for real on an Enterprise class storage frame and that will help them get the jobs in industry.

"Now in 2013 – 2014 we are working on offering two new classes at MATC in Storage and the Cloud. We already have big plans for Synology technology to be an instrumental piece of those classes. The Synology NAS has been such a success for the training and education the students get at MATC."