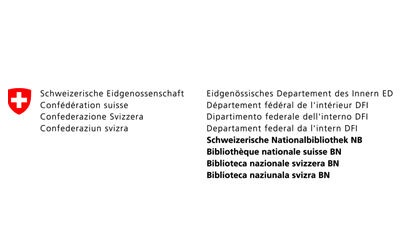 For our ever-growing data, Synology has the perfect cost-performance proposition.

The Swiss National Library, part of the Federal Office of Culture, has been based in Switzerland's capital of Bern since 1895.

It is tasked with collecting, preserving, and disseminating all publications and media in any language connected with Switzerland, Swiss nationals, or foreign residents, created by Swiss authors, or otherwise shaped by those connected with the country.

The Library faces ever higher demands for digitization of its publications, which continually increases the size of its digitally held data. At the same time, it is storing a swelling number of digital-only publications as part of its archiving mission. In 2019, the institution saw its files in fully digital collections grow by over 15%.

For its digitization mission, the library previously relied on a classic server and direct-attached storage (DAS) solution. However, the institution's storage setup could no longer keep up with increasing storage requirements. Increasingly complex infrastructure configurations and maintenance led to ever higher costs.

Time was running out as storage space on the outdated system was rapidly filling up.

The Swiss National Library launched a project to set up highly reliable storage with a capacity of at least 400 TB and scalable to much more in the future. The initial system would have to be set up within three months — the estimated time until the old storage would not be able to cope with new data.

The institution looked for a high-performance solution that offered a cost-effective petabyte-scale storage capacity that could be flexibly expanded. At the same time, the solution must meet the high data protection standards set for the nation's central library, which stipulate that backup copies of all data must be kept at a distance of at least 30 km from its storage system.

In consultation with a&f systems, a local systems integrator specializing in tailored solutions for publication and media, the Swiss National Library decided to leverage the SA series, Synology's most scalable data storage platform of high-performance rackmount units that can be expanded to 180 drives.

The Synology SA3400 is ideal for storing massive amounts of data and, with expansion units, it offers a storage capacity of more than 1 petabyte cost effectively. It can reliably be accessed by all Apple and Windows users at the library over AFP and SMB protocols using the institution's VPN client.

Using a combination of high-speed SSDs and high-capacity HDDs, the institution initially stored over 150 terabytes of data on the SA3400. Their next challenge was creating a simple but effective remote backup plan.

To meet their data protection obligations, the National Library had long been using LTO magnetic tape storage and Archiware P5. With the Archiware add-on package installed on the Synology system and leveraging the SA3400's built-in 10GbE networking, the library can archive large amounts of data onto tape, which can then be safely stored remotely.

Finally, migrating the data without disrupting services took careful planning by a&f systems. Using synchronization solutions during off-peak hours, the team ensured that all data was transferred securely and was able to transition to the new Synology system without impacting operations. 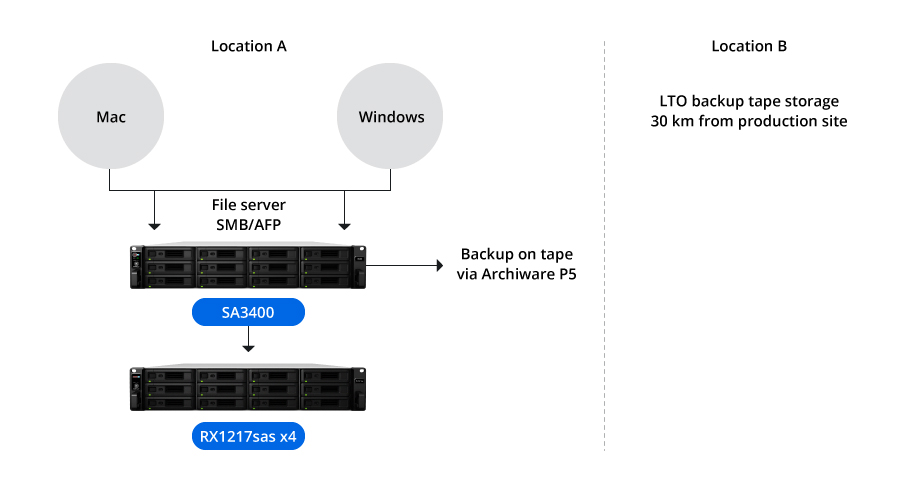